The Most Profitable & In-demand Retro Phones on eBay

Mobile phones have been around for almost 40 years, with new models and new manufacturers appearing each year. At Protect Your Bubble we wanted to find out which retro phone could make you the most profit when sold on eBay. How many of these retro phones do you have lying around?

The Most Profitable Retro Phones on eBay 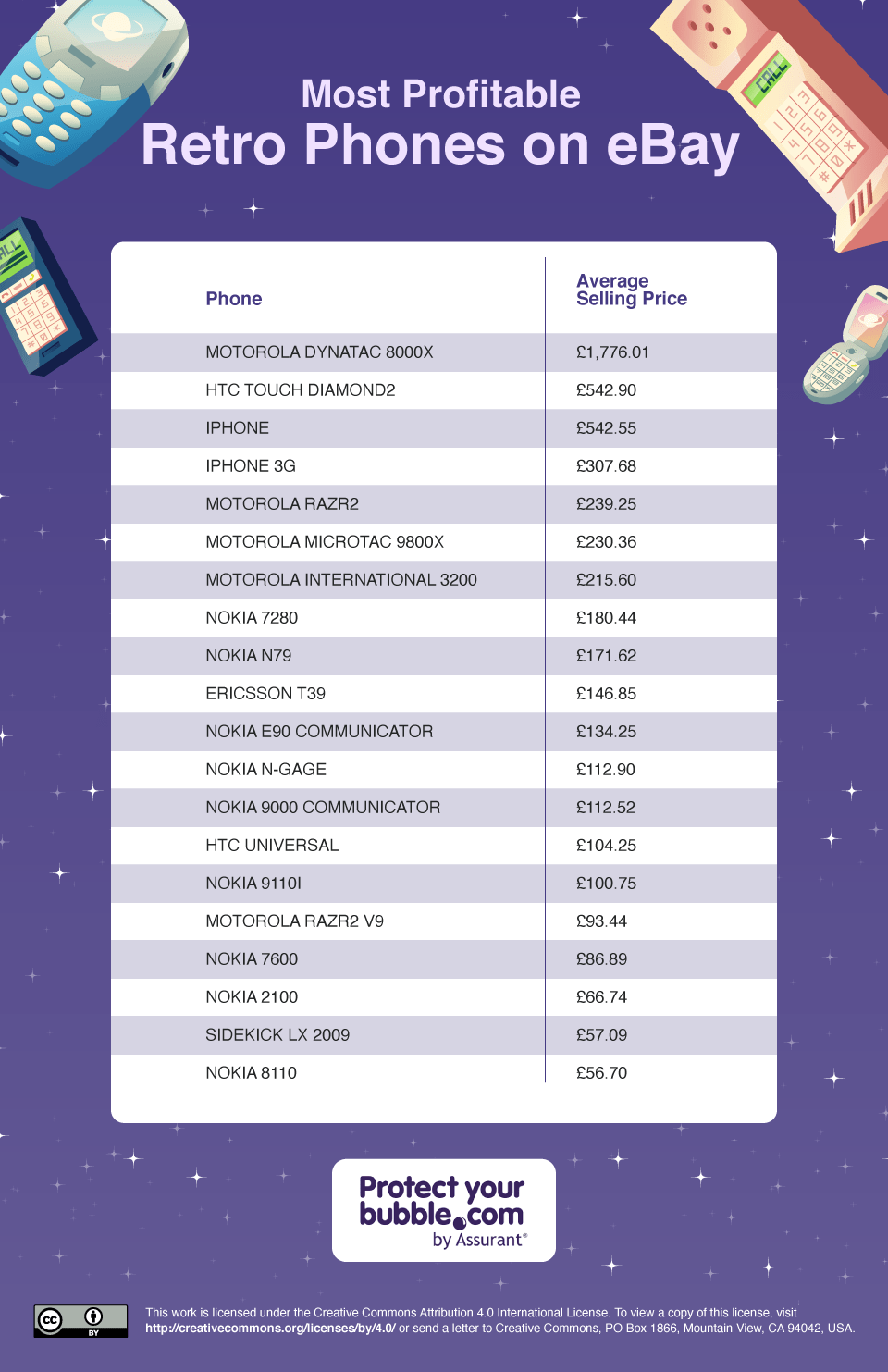 At the top of our table, we have the Motorola DynaTAC 8000X. You can’t get a more retro phone than the first commercially available mobile. With an average selling price of £1,776.01 and a total of 12 sold in the last year on eBay, this phone is truly one for collectors.

Our third most profitable phone was the iPhone 1st Generation, with an average selling price of £542.55. Perhaps one of the most well-known phone models, the original iPhone was sold just 61 times last year on eBay.

Our second top grossing phone is the Nokia 2100. In fact, 15 of our top 20 grossed were all Nokia phones. The Nokia 2100 grossed £39,777 over the last 12 months. Our third top-grossing phone was the BlackBerry Bold with £37,903 grossed over the last 12 months. This year, in January, BlackBerry’s legacy software was decommissioned, possibly spurring more nostalgic purchases.

The Most In-Demand Retro Phones 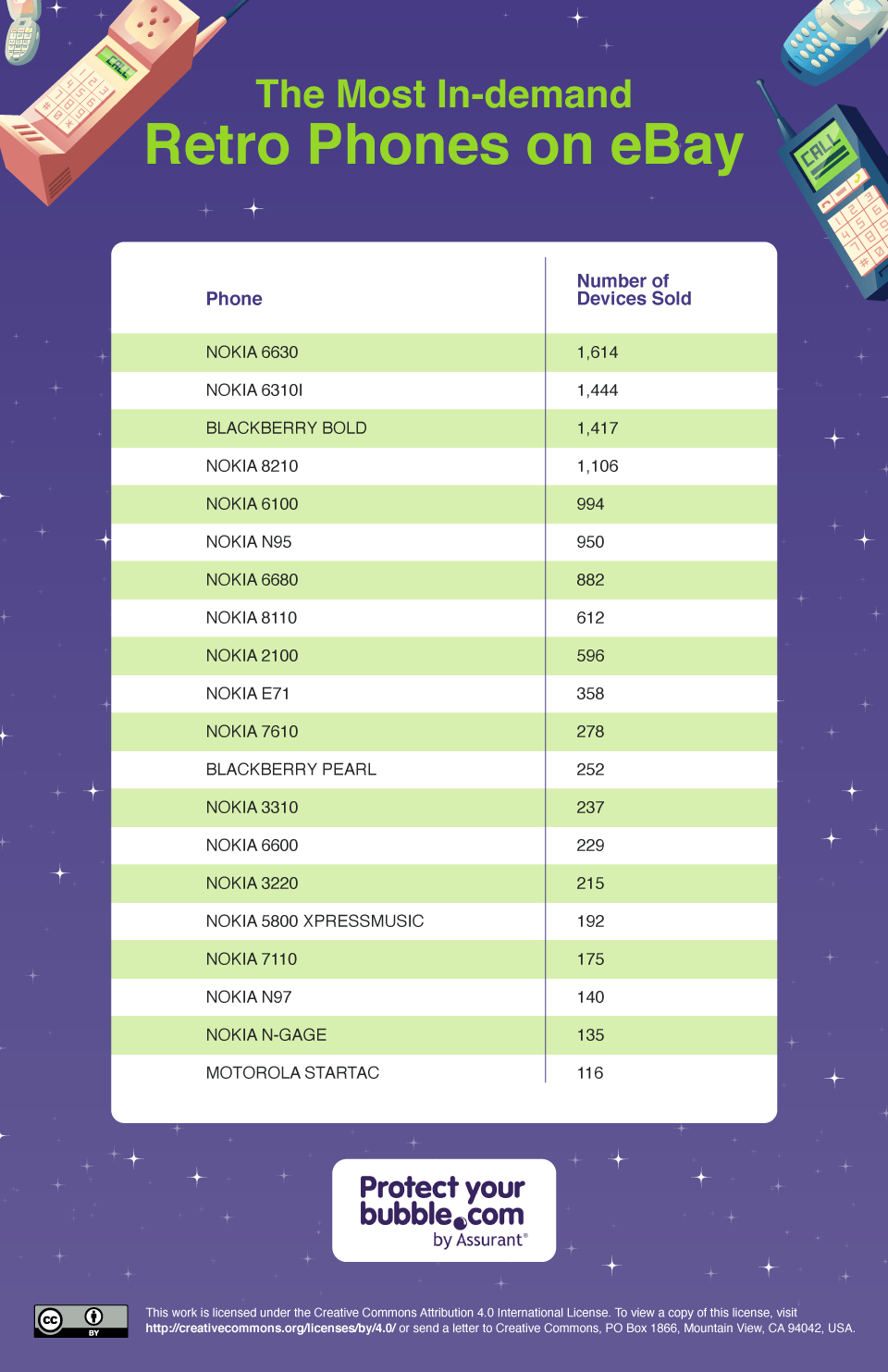 There’s a huge market out there for retro phones. Whether that’s a collector looking for the next vintage phone, a user desperate to go get the nostalgic feel of their childhood handset, or even a user looking for simplicity over the latest tech.

Luckily, we’ve done the market analysis for you, so you know exactly how much you can expect for your retro phone. If you’ve remembered you’ve got an old Motorola DynaTAC 8000X, HTC Touch Diamond2, or the original iPhone collecting dust in a draw, you could be sitting on a small fortune.

Protect Your Bubble used a list of all popular retro phones through time as a sample.

These phones were then input into eBay’s own market research tool, Terapeak, to identify top sold and top grossing phones over the past year.